Food Production and Safety in the United States Continues Today

Today, the fight for consumer rights has not ceased; the debate over the mandatory labeling of GMO products has once again sparked a heated debate between the industry and America's citizens.
"The term 'genetically modified organism' (GMO) refers to plants or animals whose genes have been changed in the laboratory by scientists...By modifying the genes, scientists can alter the characteristics of an organism. In agriculture, genetic engineering allows simple genetic traits to be transferred to crop plants from wild relatives, other distantly related plants, or virtually any other organism." -Michael Murray, N. D. and Joseph Pizzorno

What are Genetically Modified Organisms? 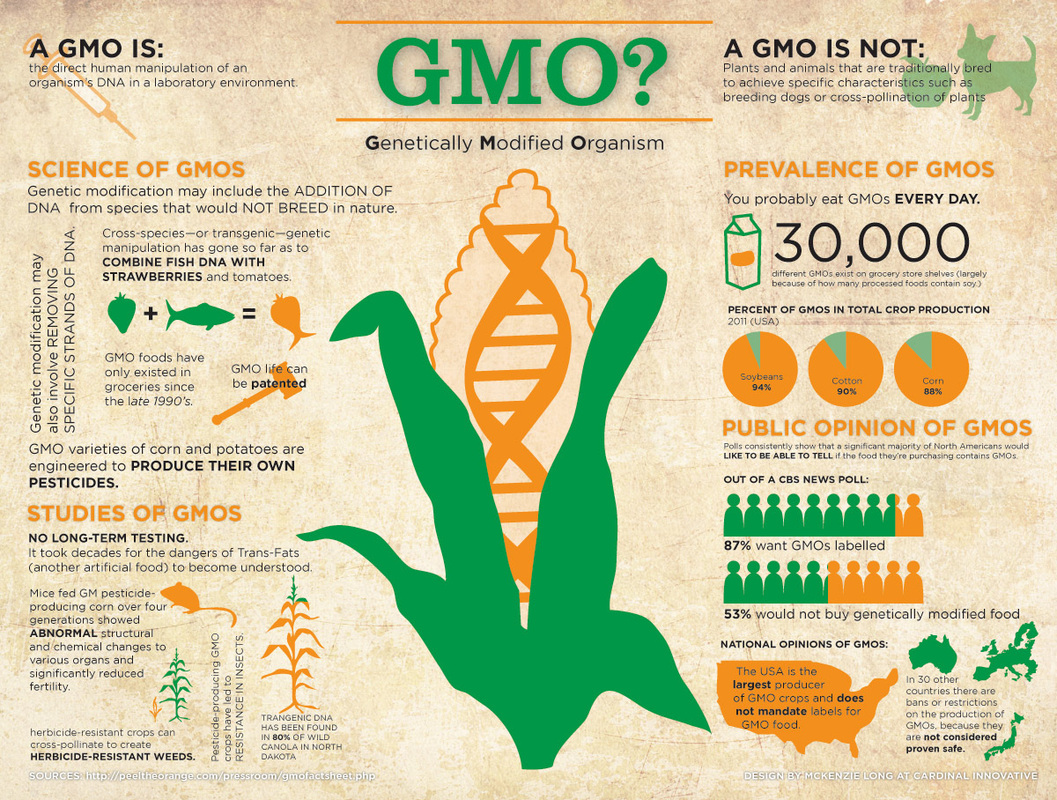 Although there has not been direct scientific data proving the health risks of Genetically Modified Foods, comparison charts (see below) and other studies have shown consistent results: that consuming more GMOs leads to special dietary needs, increased allergic and other intolerant reactions, more frequent cases of genetic disorders, organ, intestinal, immune, and chronic diseases, and other health risks.